Diamonds that have been “grown” by depositing successive layers of carbon atoms on the surface of a thin slice of a natural diamond in an intense plasma field. CreditJason Henry for The New York Times

Just a decade ago, Silicon Valley had high hopes of becoming a vibrant manufacturing center by making solar panels. But price competition from abroad, particularly from China, quickly dashed those dreams.

And so the founders of Nanosolar, a large start-up that raised about half a billion dollars in its first six years, began exploring ways to build that would apply their expertise to new technologies.

A group of engineers and scientists, led by R. Martin Roscheisen, a founder of Nanosolar, announced on Wednesday that they had developed an advanced approach to making diamonds, using technology derived in part from making silicon chips and solar cells, to be used by a new company.

The first synthetic diamonds appeared in the early 1950s, and the commercialization of diamond manufacturing has grown to the point that at least 10 companies now make either commercial or industrial diamonds.

But the new company, Diamond Foundry, claims to have made proprietary breakthroughs that will make it possible to manufacture high-quality diamonds more quickly and cost-effectively than with existing technologies. 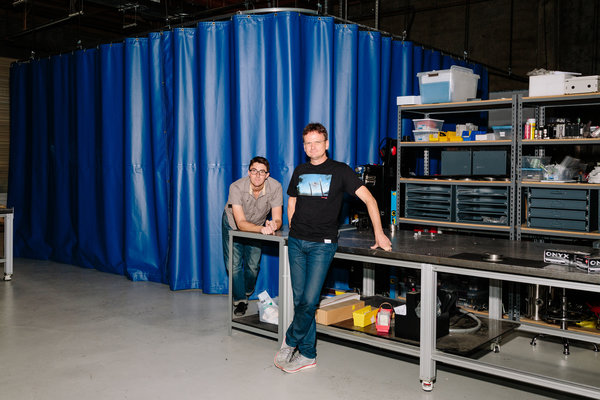 Its new approach makes it possible to “culture” diamonds at a cost that is on par with the best naturally occurring gems, according to the company’s founders. The company’s goal is to create a new distribution website to compete with existing jewelry stores, which could reduce markups and therefore be more appealing to jewelry designers.

Diamond Foundry, based in San Carlos, Calif., has a notable list of financial backers, including the Zynga founder Mark Pincus; Evan Williams, a Twitter founder; Andreas Bechtolsheim, a founder of Sun Microsystems and a founding Google investor; and Andrew McCollum, a Facebook founder.

Another backer is the actor Leonardo DiCaprio, who approached Diamond Foundry because he was concerned about some ethical issues related to conventional diamond mining, including environmental issues. Diamond Foundry will buy solar power credits to reduce its carbon footprint to zero, Mr. Roscheisen said, to help support its claim that it will offer a “sustainable” alternative to mined diamonds.

Mr. Roscheisen was a graduate student at Stanford University in the same class as the Google founders, Sergey Brin and Larry Page. The pair invested in Nanosolar, his solar energy venture, which started producing thin-film solar panels in 2007. By February 2013, hindered by low-cost Chinese competition, Nanosolar had laid off 75 percent of its work force.

Diamond Foundry is not the first company to try to use the technique, known as chemical vapor deposition, to grow diamonds by depositing layers of carbon atoms in a high-energy plasma field.

According to Mr. Roscheisen, the new process will make it possible to manufacture large quantities of Type IIa diamond, a pure white material that represents 1 to 2 percent of all natural diamonds. Other manufacturers also make IIa-quality gems, but the Diamond Foundry team says it has developed a process that will be more effective at “growing” diamond material, layer by atomic layer, more quickly.

Diamonds are one of the many forms that carbon may take. Diamond Foundry researchers spent years developing a new manufacturing technique based on a plasma source with a new “shape” that is 10 times as powerful as what has previously been used by manufacturers of synthetic diamonds, Mr. Roscheisen said.

By modifying the shape of the plasma field to what he described as a pancake, the group was able to make the reaction that formed the diamond structure more efficient, and thus create diamond material more rapidly. The intensity of the plasma means the company can create pure diamond material at about 150 times the rate at which the industry now produces it.

“This means we can grow 100 percent pure diamond of white color” at a rate that compares to the speed at which it is mined, Mr. Roscheisen said.

The process begins with a very thin slice of natural diamond as a substrate and then increases the size of the original diamond material by adding more layers of carbon atoms. Mr. Roscheisen said experts in scientific laboratories would be able to determine that the diamond was synthetic because it would resemble a kind of diamond that appears rarely in nature. Seeing the diamonds in large quantities would be a tip-off to their origin, but not seeing one individually, he said.

“Experts in jewelry stores and gemologists cannot tell,” he said. “There’s nothing they can see.”

There are several ways to manufacture diamonds, including the application of high pressures and temperatures, the detonation of explosives that create diamond nanocrystals and using ultrasound to create micron-size diamond crystals, in addition to the vapor-deposition approach used widely in manufacturing semiconductors and solar cells.

Wuyi Wang, lead research scientist for the Gemological Institute of America, a nonprofit group that grades gems, said that the market for synthetic diamonds was extremely competitive and that many companies were trying to improve techniques to produce the stones.

Dr. Wang said he had not examined samples from Diamond Foundry, but he said that it was possible for his laboratory to distinguish between natural and manufactured Type IIa diamonds.

But differentiating between natural and manufactured diamonds requires specialized equipment and expertise, he said, and would not be possible for average consumers.

In an effort to break the control that the traditional diamond industry has over the diamond market, Diamond Foundry has created an online marketplace where it will offer diamond jewelry by well-known jewelry designers, most of them associated with Ethical Metalsmiths, an organization that encourages ethical and environmentally sound practices among jewelry makers.

It will also sell diamonds to industrial, scientific and wholesale markets. “We want to make it easy for Ph.D. students around the world to play around with diamonds,” he said.

On Wednesday, several analysts noted that when its website went live, Diamond Foundry was not listing its diamonds below the price of its competitors.